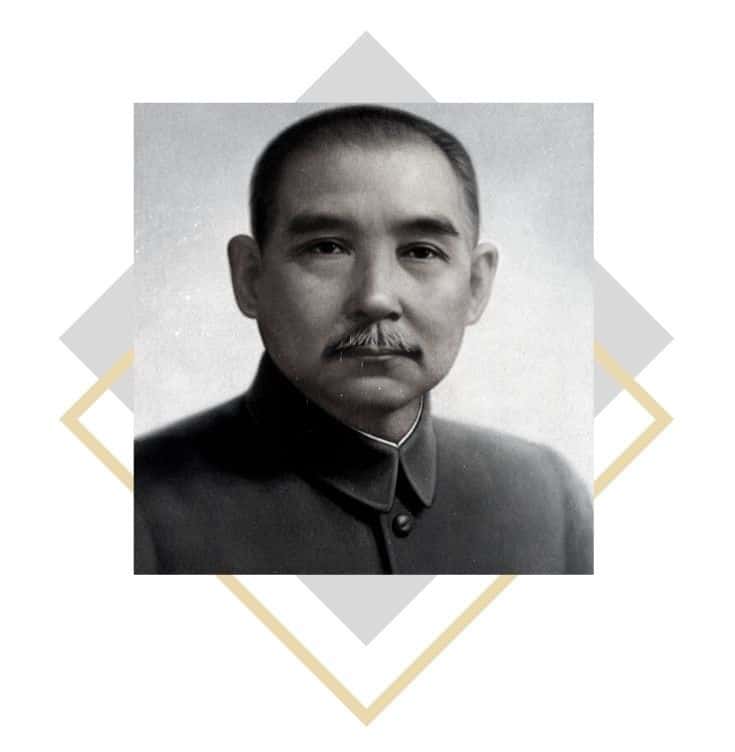 Dr Sun Yat-Sen was born in 1867 A.D., in a farmer’s family, in the Zhongshan district of Guangdong province, near Canton. He got his primary education from Honolulu and graduated from a medical college in Hong Kong. And he was converted to Christianity in an Anglican school at Honolulu (Hawaii).

He became a doctor of medicine and supported the sick for a while. Later, he also proved to be a doctor for the nation. Leaving his occupation, he joined politics and spent his life curing the diseased country in the hands of Manchu Kings.

In those days, China ruled over by the kings of the Manchu dynasty. The Manchu kings were weak, and they could not retain the sovereignty of the nation.

Some parts of China captured by Great Britain, Germany, and Japan. In 1894, the China-Japan war broke out, and china defeated in the battle. As a result, China suffered a massive loss of men, materials, and some provinces also were ceded to Japan.

Who Supported Sun Yat-Sen in The Revolution of 1911 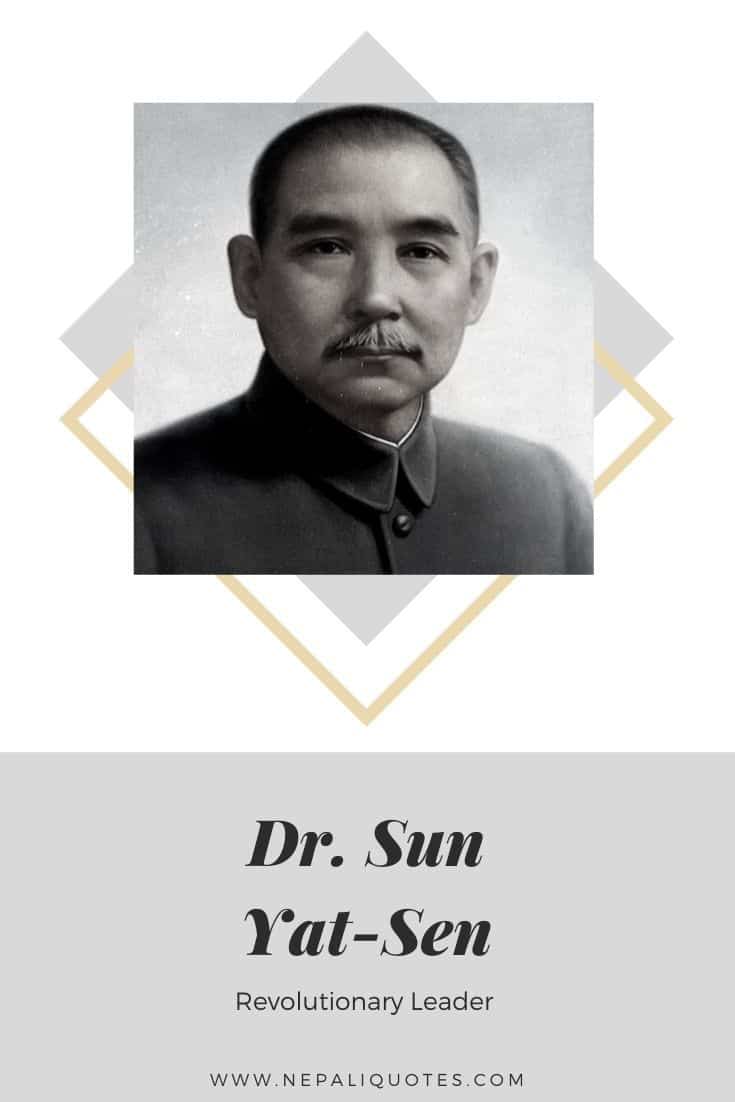 Due to the failure of the Manchu king to protect the nation from external aggression, the people of China revolted against the king. Now, He appeared on the political scene. His experience in Hawaii and Hong Kong, hi belief in Christianity, and his western education combined to make him eager for a change in China. He organized the people against the Manchu king.

Under his leadership, a great revolution broke out, and the Chinese revolution became successful in 1911 when the people overthrew the Manchu king and established democracy in the country. In the revolution, he got full support and helped from the Chinese general Yuan Shih-Kai.

Soon after the revolution of 1911, General Yaun Shih-Kai betrayed the confidence of Dr Sun Yat-Sen. He turned out to be an ambitious man and a power monger. He acted against the principles of democracy and established his supremacy in North China. Then he became the President in 1913 of the northern territories.

Dr Sun Yat-Sen was much shocked at this step of General Yuan Shih-kai. He again organized the people of South China and formed a political party called Kuomintang Party at Canton in South China. The primary purpose of this Party was to overthrow Yuan Shih-Kai and restore democracy in the whole territory of China. During the first world war (1914-1918), Yuan Shih-Kai attempted to suppress the activities of the Kuomintang Party, but he defeated by the revolutionary and democratic forces of South China. He died in 1916. 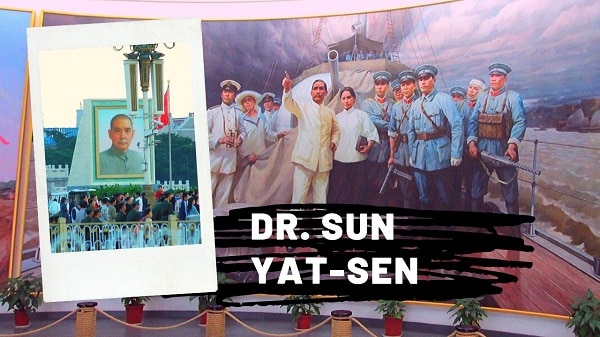 After the death of Yuan Shih-Kai in 1916, anarchy prevailed in North China. The military generals tried to establish their independent government in several provinces. But the people did not support them. Instead, they urgent Kuomintang government of Dr Sun Yat-Sen based at Canton, in South China, to take over the administration of North China as well. Realizing the deteriorating condition of the country, Dr Sun Yat-Sen sought help from Communist Russia.

The Russian government provided the necessary support and sent Michael Borolin to Canton in 1922 as an advisor to the Kuomintang government. With Russian interference, the political situation controlled, and the healthy life of the people restored. Sun Yat-Sen reorganized the Army in 1923 and set up the Whampoa Military Academy.

Now the Kuomintang Party became a robust and influential organization in China. It called its first General Assembly in 1924 in which Dr Sun Yat-Sen was elected the President. The assembly resolved the principles and practices of the Party. Nationality and its preservation were given priority.

Foreign nationals were to be sent home, and nationalism was to be taught among the people. It also resolved to establish a responsible government according to the will of the people, to provide employment opportunities to all the people, to safeguard the farmers and labourers from unjust law, and to give them political education.

In this way, he brought political reforms in China. He made people aware of nationality and national unity. He travelled to the U.S.A., Japan, and Europe to raise sympathy for republican principles and to seek financial aid for his revolutionary movement against the Manchu dynasty. Dr sun yat-sen was a true patriot. Throughout his life, he struggled hard to serve the people, first as a medical doctor, then as a political reformer.

He ensured political, social, and economic security for all the people of China. His book, “Three Principles of the People ” became a guideline for his successors. The three principles included people’s rule, i.e.,

He died of cancer while attending a conference in Beijing in 1925 at the age of 85.

Politically, He had a more significant influence after his death. His political principles became the slogans of his followers. Chiang Kai-Shek, during the 1930s and 40s, was able to achieve the unification of China under a central government that Dr. Sun Yat-Sen, who freed them from the political bondage and sacrificed his life for the national interest and nationalism.

Read about Gandhi Of Nepal

What were the 3 principles of Sun Yat Sen?

How Does Sun Yat Sen died?

He died of cancer while attending a conference in Beijing in 1925 at the age of 85.

Search Jobs Near You